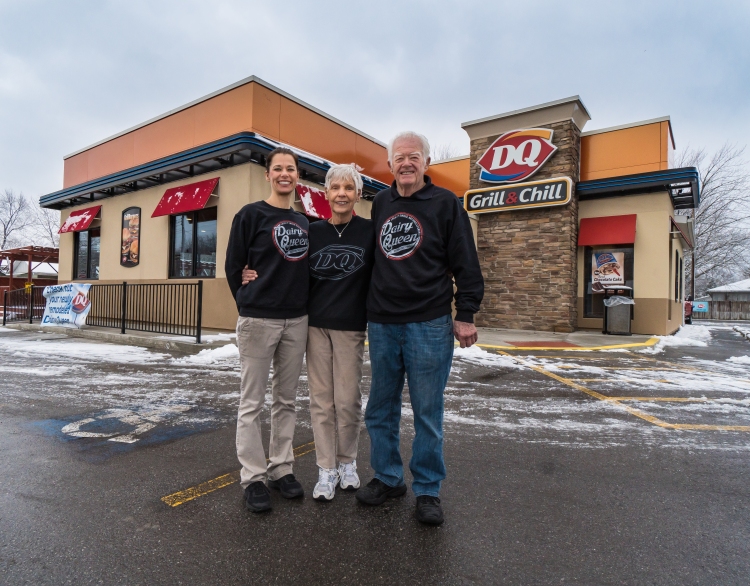 Mr.(Butch) and Mrs.(Ella) Engle and their daughter Heather Siegenthaler honored me to come into their newly remodeled DQ and capture some memories for them.  The Engle’s just celebrated their 56 wedding anniversary so what a great gift to have the remodel done on time.

Mr. Engle has been a staple on the corner of Middle Ridge and Rt 58 since he was a young man working with his father at a once gas station they owned that was located directly across the street from the now DQ.   Mrs. Engle had an idea to open a ice cream parlor at what was a auto mechanics shop where the current DQ stands today.  She showed me where they framed around what once would of been the two bay doors of the once old time auto shop.  She had been in contact with Dairy Queen but they would not allow them to put there name in existent with another business.  It would have to be a stand alone business, so long story short bye-bye mechanics garage hello DQ!  Which is funny because you see DQ’s now existing with gas station across the states.  Well 33 years later DQ is a staple in the city of Amherst, Oh.  They have been a big supporter of the small town and when your in there you will see all the high school workers from Amherst learning business 101 from a family own business that got it right.

Congrats on the new remodel and many happy years to your marriage and the marriage you share with ice cream.